It’s still raining off and on here which makes it difficult to be inspired enough to leave the house.  My usual “to-do” on days like this is to park myself in my chair with a book.  However, today, I have parked myself in front of the computer and to be curious.

81 Domitian became Emperor of the Roman Empire upon the death of his brother Titus. 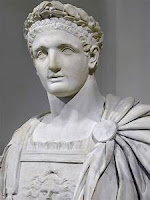 1812 Napoleon occupied Moscow
One week after winning a bloody victory over the Russian army at the Battle of Borodino, Napoleon Bonaparte’s Grande Armée enters the city of Moscow, only to find the population evacuated and the Russian army retreated again. Moscow was the goal of the invasion, but the deserted city held no czarist officials to sue for peace and no great stores of food or supplies to reward the French soldiers for their long march. Then, just after midnight, fires broke out across the city, apparently set by Russian patriots, leaving Napoleon’s massive army with no means to survive the coming Russian winter.

1814 Francis Scott Key wrote the poem "Defense of Fort M'Henry", which later became the lyrics of the "Star-Spangled Banner"

O! say can you see, by the dawn's early light,
What so proudly we hail'd at the twilight's last gleaming,
Whose broad stripes and bright stars through the perilous fight,
O'er the ramparts we watch'd, were so gallantly streaming?
And the rockets' red glare, the bombs bursting in air,
Gave proof through the night that our flag was still there —
O! say, does that star-spangled banner yet wave
O'er the land of the free, and the home of the brave?

On the shore, dimly seen through the mists of the deep,
Where the foe's haughty host in dread silence reposes,
What is that which the breeze o'er the towering steep,
As it fitfully blows, half conceals, half discloses?
Now it catches the gleam of the morning's first beam,
In full glory reflected now shines on the stream —
'Tis the star-spangled banner, O! long may it wave
O'er the land of the free, and the home of the brave.

And where is that band who so vauntingly swore
That the havock of war and the battle's confusion
A home and a country should leave us no more?
Their blood has wash'd out their foul foot-steps' pollution,
No refuge could save the hireling and slave,
From the terror of flight or the gloom of the grave;
And the star-spangled banner in triumph doth wave
O'er the land of the free, and the home of the brave.

O! thus be it ever when freemen shall stand
Between their lov'd home, and the war's desolation,
Blest with vict'ry and peace, may the heav'n-rescued land
Praise the power that hath made and preserv'd us a nation!
Then conquer we must, when our cause it is just,
And this be our motto — "In God is our trust!"
And the star-spangled banner in triumph shall wave
O'er the land of the free, and the home of the brave. 1936 First prefrontal lobotomy performed in Washington, D.C. (note- some question about the actual year – some sources say 1936, some say 1956)

The purpose of the operation was to reduce the symptoms of mental disorder, and it was recognized that this was accomplished at the expense of a person's personality and intellect.  The patients were diagnosed as suffering from depression, schizophrenia, panic disorder, mania, catatonia and manic-depression with the most prominent symptoms being anxiety and agitation.  The youngest patient, Howard Dully was lobotomized because his stepmother said he was defiant, daydreamed and even objected to going to bed.  Today, lobotomies are outlawed everywhere in the US and most of the world. 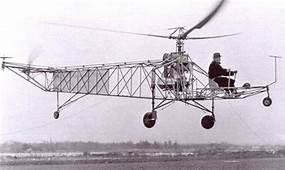 Good stuff for your Did You Know? file 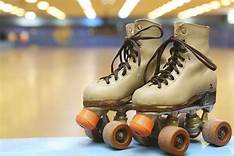