Just another day of fun in the sun.

I mowed with my new green mower.  Yea me! 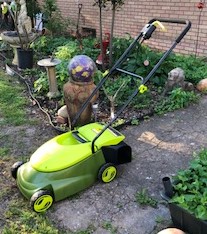 Anyway, prior to mowing I had to open the new 100-foot V-E-R-Y pricey extension (has lots more copper and copper is more expensive, you know) cord.  My new extension cord is yellow – goes nicely with the green mower. 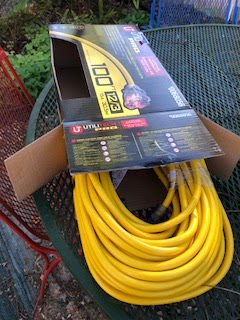 Heavens above!  I had to have all sorts of things like scissors, just to get the silly thing out of its box and unbound.  It’s heavy.  Very heavy.  A very heavy extension cord that I must drag along with me.  Heavy.  And, I forgot to put the extension cord dingus on the mower handle.  Oh well.

I got day one of the mowing done without issue.  I generally mow over three days.  I hate to mow and there is no need in being hot, sweaty, and annoyed by doing it all at once.

I have several unusual yard art items mixed in with all the plants.  One such is one of a set of andirons shaped like dragons.  Michael had bought them, heaven only know where, several years ago.   I’ve used them outside.  Works for me. 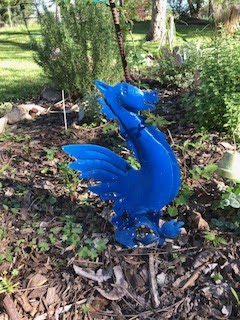 One dragon was being used as a demarcation line in front of some sunflower seedlings so they wouldn’t get mowed down by accident.  The dragon had fallen over (caught on the new yellow 100-foot heavy extension cord).  So, first I loosened the dirt a little for the feet and then, grabbing the dragon by head and wing, shoved it down with all my strength.  SNAP!  The andiron broke and I fell forward hitting my head on the edge of a piece of marble. 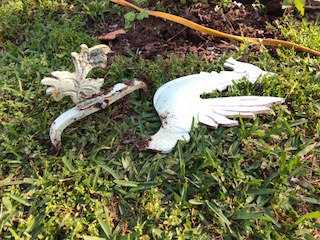 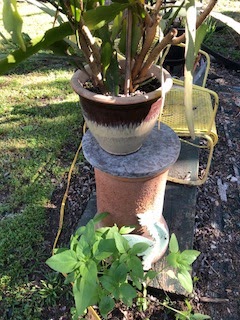 Ow, ow, ow!  Owie, owie, ouch.  Went straight to the ground.  And, boooo-hoooo’d for a little bit.  Fortunately, I had on a denim hat so I didn’t have blood running everywhere.  However, it did raise a huge lump that looked like someone had sandpapered my skin and HURT LIKE THE VERY DEVIL!

Then, I went inside.

Now, I get “poor babies” from everyone. 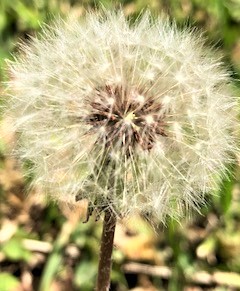