Basements and Bats and little Houses

In my adult lifetime, I have owned five houses and rented one.  That’s not too bad.  I had a close friend that has owned somewhere in the neighborhood of 20 houses.  They have moved frequently and all across the .  She tried to assure me that moving is a normal, natural state along with being a good time to “clean things out”.  I always thought she was just nuts.

So – house hunting. You might remember, buying a house is on the “Hate To” list.  The “Hate To” is the part about dealing with the mortgage people and trying to control the desire to reach through the phone and strangle someone who is NOT LISTENING TO WHAT I’M SAYING!  House hunting, on the other land, is – well interesting.

As we stayed in The Little House in Louisville, CO, we began to think about buying a place.  In the greater Boulder houses were snapped up within hours of being put on the market no matter the price.  New construction had a lead time of up to 2 years.  For the most part, the houses I looked at were pretty much the same with the biggest problem being that they were just very small – many less than 1000sq ft.

1993  I had been looking for several weeks and both the realtor and I were getting desperate.  Him thinking I really wasn’t interested in buying and me thinking “this can’t be all there is!”.  Then he showed me the final house.  It was an older home – built in the 1930’s.  It was small, about 1200 sq ft. The outside was covered with asbestos siding.  Siding that someone had punched holes in, so that the outside walls were pock-marked.  OK problem there – you just don’t remove that kind of siding and pitch it in the trash.  Deep breath – maybe it will get better.  The inside was a mess.  The current renters had allowed small children to decorate all the walls with crayon murals – great.  The windows, which were few, were small so the rooms felt dark.  The first floor consisted of a living room, dining room and kitchen.  These rooms, while small, would hold my furniture which is old and large.  Wouldn’t be a lot of room for anything else but it would fit.  There was a hole under the house someone laughingly called a basement that was a rabbit warren; little bitty rooms attached to even smaller rooms attached to odd shaped hallways.  That stopped me cold as my claustrophobia kicked in saying “Go down there, in that black hole, on purpose, are you nuts!”.  All the little rooms were really dark.  My active imagination just conjured up "lions and tigers and bears oh my" at every corner.  Plus, the ceiling in the basement was very low.  I’m not very tall and I could reach up and touch the ceiling – never a good thing, my being able to touch the ceiling.  Then, some foolish person had put the laundry room down in the basement for heaven only knows why.  The realtor explained that the basement had a door (of sorts) that opened into the back yard and to the 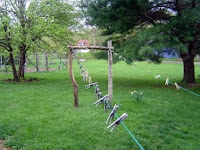 clothesline.  Clothesline?    House wasn’t wired for a dryer.  OK.  The saving grace of this house were the wood floors and really lovely woodwork and staircase.  Of course, the staircase was narrow and made a 90-degree turn so there was some concern that I couldn’t get my furniture up the stairs.  Upstairs there were three small bedrooms and 2 very small bathrooms.  As I stood there mentally moving walls trying to figure out furniture arrangement, the current renter came up to me and introduced herself.  “By the way” says she, “Did they tell you about the bats?”  Bats?  “Oh yes”, she went on, “there are bats in the attic and they are endangered so you can’t have them exterminated.”  OK – bats.  Well.  Bats.  So, I wondered aloud, are we talking about one bat or a bunch of bats?  “Oh a bunch of bats.” she confirmed.  A little later the realtor told me “don’t worry – you can probably have them removed.”  OK.  Trying to removing bats.  This little house had a price tag of $145k.  (remember – it’s the early 1990’s and I was used to TX house prices – that price would have gotten me a large house in excellent condition) Now this seemed like a really big price tag for a really little house in such terrible shape, bats or no.

To make things ever stranger, I was actually considering it because it was the only place I had looked at that would come close to holding my furniture.  As we left, I asked the realtor, what did he think the seller would consider as an offer?  He looked at me like I was crazy and said “Full price, as is, no repairs or changes, firm and they’ll get it.  If you don’t make an offer right now, someone else will before the end of the day.”  And someone did.  I think that was when I started thinking about moving away from Colorado. 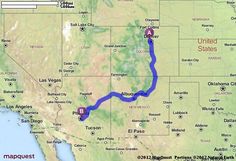