In the not too distant past, we went on our first adventure of 2020 (and perhaps, the last one for a little while).

Now, I am a native Texan.  I’ve lived most of my 72 years in Texas in this general part of Texas, that is the Gulf Coast Plains (which means, I live close to the Gulf of Mexico).  In my life time, I’ve been to many TX beaches – Crystal, Galveston, Surfside, Freeport, Port Aransas beaches along with Rockport, South Padre and Matagorda beaches. 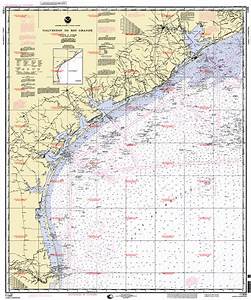 In all that time, I’ve never been to Sargent Beach.  And this was the destination of our adventure.

First of all – there is no direct road from here to there.  We went from one county road to another, through several small and tiny towns.

At one point we went through the tiny town of Sugar Valley.  And, when I say tiny – I’m not exaggerating - in 2000 there was a population of 35.  I mention this little place because I saw this 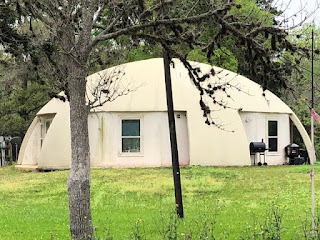 Sargent, Texas is a small unincorporated community (population about 2000) and, for the most part, it’s more popular with those that fish than a hangout for the beautiful people.  To get there you have to cross a swing-bridge (one of few still left here and about to be replaced by a huge, tall, giant roadway, too bad).  A swing-bridge doesn’t lift up like a drawbridge but instead swings to one side to allow ships on the Intercoastal Canal to pass. 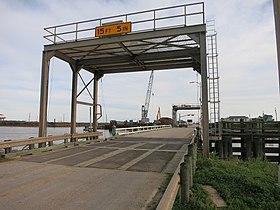 The day we went it was foggy on the beach 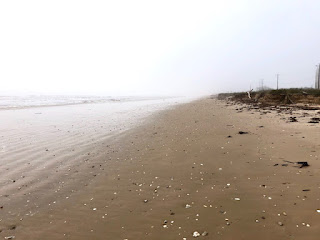 Tides were high so there wasn’t much ‘beach’ but enough to walk along for a while. 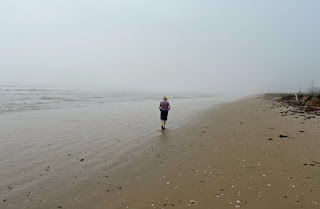 There were lots of shells and all sorts of driftwood. 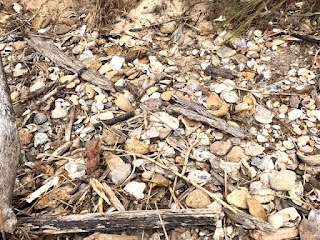 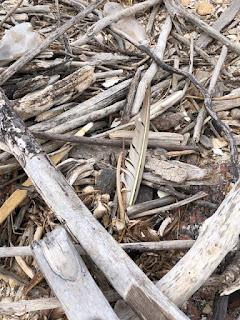 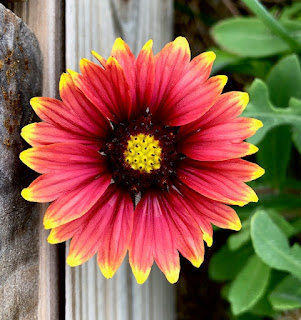 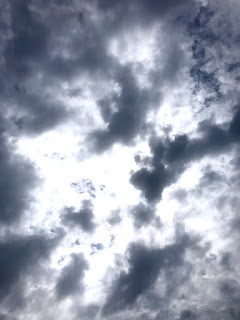 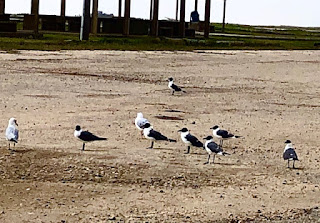 and a big cock 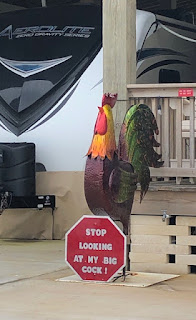 Choices of dining establishments were few – we stopped at one place that was a gas station, small grocery store, a plumbing store, a hardware store, a fishing store annnd a place to eat – 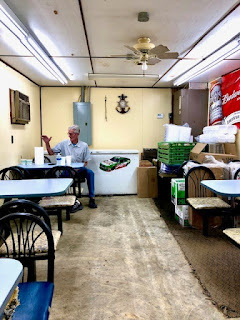 It was a delightful, relaxing, tension releasing, stress-free day.

I miss the ocean – every single day. 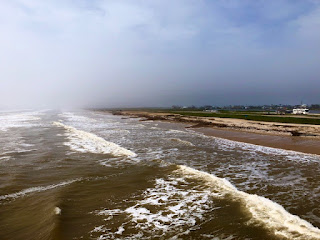