February is here.  January over.  Probably good since I was not able to put together sufficient thoughts, that actually made sense, to add to my blog history.  Too many things running around in my mind.  Too many doors open.  Just too much. 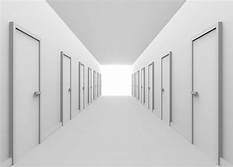 Normally, I think my brain looks
like this.  Long hallway with many
closed doors, behind each door,
memories good or no.

But lately, my brain has looked like this.
The doors all open and everything
spilling higgledy-piggledy everywhere. 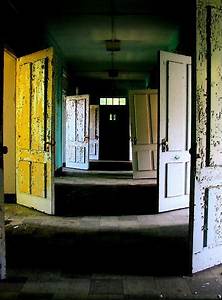 I hate it when that happens.  The world ceases to rotate in a calming and logical manner.

I seldom make resolutions but I do make up lists.  My current list has included projects to get finished.  And, I spent much of this and last week doing just that.

I managed to restring two windchimes that had fallen apart.  Yea!
You can never have too many - they make pretty music and
scare away evil spirits.

Years ago, a friend gave me a little brown bird (wearing a warm woolen hat).  I placed it among the branches of my Ent (he stands on the front porch).  Little bird seemed very happy there.  But, as happens with all things outside, it began to fade and look dreary.  So, I gave it a bit of an uplift and ……. 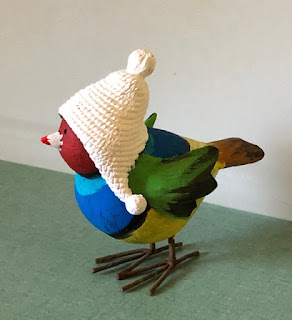 This guy sits either in the sansevieria or peers over the top of the Ent on the porch.  He molts occasionally and this molting brought out all sorts of colors!  It’s a purple throated-green backed golden kouok.

So, a couple weeks ago, a blogger I read posted a recipe for “One Pot Bread”.  It’s a yeast rising bread (flour, water, salt, yeast) made in a single pot.  Mix it up in the pot, let it rise in the pot, stir it around a bit and put the pot in the fridge for 14 hours.  Take it out and pop it into the oven.  Easy peasy.  And good.  I put sundried tomatoes on top of mine – big mistake as they burned black but they didn’t stick anyway so I just pulled them off and ta da! all was fine. 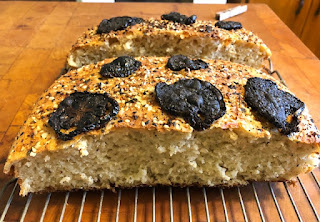 The Demon Duo are doing well.  The other day I opened a cabinet door, turned my back for JUST ONE MINUTE, and ………. 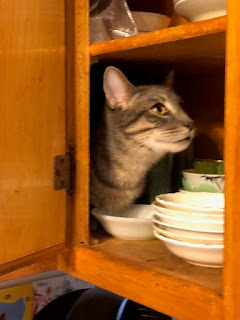 We still haven’t had much winter though the chilly days have been overcast and humid making the “chilly” part feel very, very cold.  The yard looks like a weed patch with only a couple things blooming. 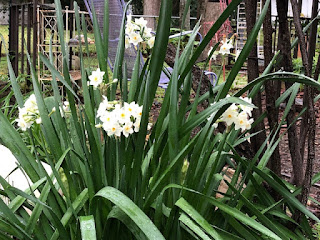 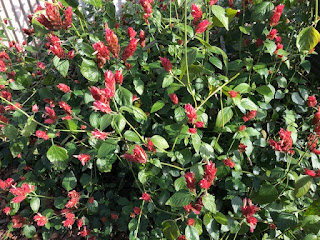 I still have a big project I’m working on which I will try to show off at a later date.