Movietone Newsreel and Other Stuff 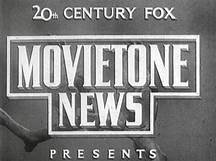 Part of my morning routine is to look through the Google News Feed to see if (1) the world is still in “idiot” phase - yes, (2) make sure it hadn’t blown-up and my little rural part of the world didn’t mention it – not local high school sports so no mention, and (3) see if anything new and important (like aliens landing) had happened – nothing new no aliens from SXDF-NB1006-2.  However, I did see …….

Queen Elizabeth considered stripping Harry and Meghan of duke and duchess titles.
In early January, Prince Harry and Meghan Markle announced that they are stepping back as senior members of the royal family. The royals also revealed they plan on becoming "financially independent," which means they will no longer receive funding through the Sovereign Grant.  Prince Harry is worth $40 million, a sum he's accumulated from funds left in trust to him by his mother, Princess Diana, an inheritance from the Queen Mother (that reportedly included her jewels), and his former salary as a captain in the British Army.  Well, $40 million should be enough to live the life of the rich and not-so-famous but I wonder if he’ll be as happy as he hopes – remembering his Great-Grand Uncle, Edward VIII who stepped back.  He wasn’t happy with that decision after a while say historians. 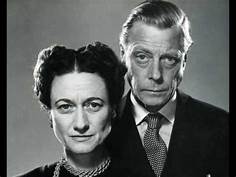 When Chief Justice John Roberts issued an extraordinary admonishment of Democrats and Republicans on the first day of President Donald Trump's impeachment trial, he not only reminded speakers to maintain decorum but used a seldom-uttered word -- pettifogging -- to make his point.  Merriam-Webster defines pettifogging as "worrying too much about details that are minor or not important."  You go Judge Roberts!  Good luck with keeping the pettifogging to a minimum. 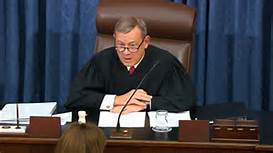 Night of the Falling Iguanas: An Odd Forecast for South Florida.  And, boy doesn’t that sound like the start of (1) a 1950 horror movie or (2) a 1960 sultry semi-risqué movie.  However, The National Weather Service in Miami issued a warning for the region on Twitter on Tuesday, as well as a wind chill advisory for all of South Florida from Tuesday night through Wednesday morning.  “Don’t be surprised if you see iguanas falling from the trees tonight as lows drop into the 30s and 40s,” it cautioned. 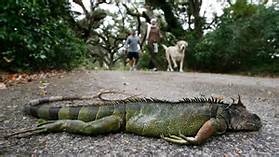 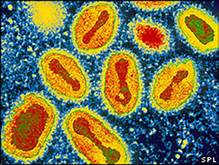 Yesterday, my friend Donna and I stopped for lunch at The Bull Creek Café in Rosenberg.  If you’re ever looking for a place to eat – it’s nice; good food and good service.  I saw this sign on the outside wall – it made me laugh.

I belong to a couple of book services.  You fill out a list of desired catagories (Mystery, Thriller, Science Fiction, Fantasy, etc.) and they send daily emails telling about books that are free or on sale.  I have a Kindle so they show me special buys from Amazon.  I’ve found some really good books via these services.  Like –

Maggie for Hire, a Maggie MacKay Magical Tracker Book 1 by Kate Danley.
My name is Maggie MacKay. When monsters show up in Los Angeles, my job is to haul 'em back to the dimension where they belong. It's a living. But I just got word my uncle has teamed up with the forces of darkness to ruin my life. And when I say that sucks, I'm not just referring to his squad of vampires. Everyone's gonna die if I don't find a magical object before the coming apocalypse. It is going to make the next family reunion a little awkward.

Sector C by Phoenix Sullivan
A rise in stroke-like cases has CDC analyst Mike Shafer on alert. Veterinarian Donna Bailey, meanwhile, is dealing with an outbreak of her own. It looks like mad cow disease. But to be affecting so many species? Impossible. Whatever it is, it’s spreading. Fast. As state and federal agencies race to contain the growing threat, Mike and Donna’s searches for Patient Zero intersect at a big-game compound in a remote corner of North Dakota. There they find their answer buried in a secret thought extinct for 10,000 years.

Of course, things like this show up in my email too (category? Sci Fi).  I wonder, sometimes, what was the author thinking this this title?  Oh, and all the book covers show sultry, hunky, nearly naked guys.

So this morning I had to drive to El Campo to see the skin doctor.  While driving there a little wrench icon popped up on my dashboard. 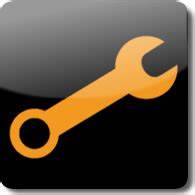 I stopped on the way home and got the oil changed.

Guess that’s all I know today.