And Did You Know?  Falling midway between the winter solstice and the spring equinox, February 2 is a significant day in several ancient and modern traditions. The Celts, for instance, celebrated it as Imbolc, a pagan festival marking the beginning of spring.

As Christianity spread through Europe, Imbolc evolved into Candlemas, a feast commemorating the presentation of Jesus at the holy temple in Jerusalem. In certain parts of Europe, Christians believed that a sunny Candlemas meant another 40 days of cold and snow.

Germans developed their own take on the legend, pronouncing the day sunny only if badgers and other small animals glimpsed their own shadows. When German immigrants settled Pennsylvania in the 18th and 19th centuries, they brought the custom with them, choosing the native groundhog as the annual forecaster. 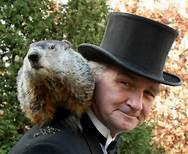 So, today is the day that if Punxsutawney Phil, a groundhog in Punxsutawney, PA, sees his shadow, there will be 6 more weeks of winter.  From what I read though, he’s right only about 30% of the time.

Now, just so you don’t think Punxsutawney is the only place that relies on an animal to predict the end of winter ….. 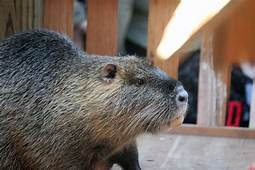 Pierre C. Shadeaux, a nutria of New Iberia, Louisiana also predicts the end of winter.  You may or not know – a nutria is a large river rat with orange teeth and a long tail (ick – sorry Pierre but ick). 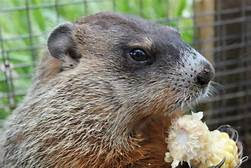 In Quebec, they rely on Fred la Marmotte.  Fred is a marmot which is sort of a large ground squirrel. 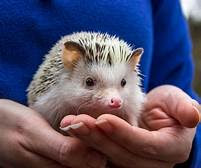 they look to Fufu the hedgehog to predict the weather. 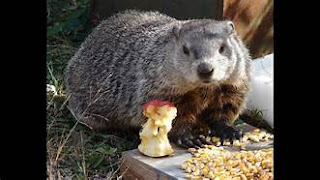 Woody the Woodchuck, of Howell, Michigan is the official weather-predictor in Michigan.  And, she has been predicting the weather, with about a 77% accuracy, for about 20 years. 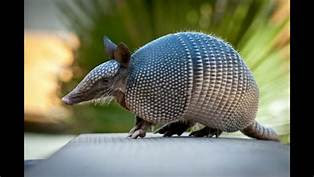 This year, here in Texas, the Houston Arboretum & Nature Center is celebrating Armadillo Day.  We don’t have groundhogs here so they’ve decided to celebrate the state’s official Small Mammal instead.  Now, I’m not sure what type of predicting will go on because it’s 75° and sunny today, but we’ll see.

Just in case you need to rely on any other critter for weather predicting . .  .

Frogs - are said to croak even longer and louder than usual when bad weather is on the horizon.  When you hear their volume increase, you can assume a storm is brewing.

Birds, it’s been said, if flying high, the weather is clear. But if they’re flying closer to the ground, the air pressure of a storm system is causing them pain at higher altitudes. 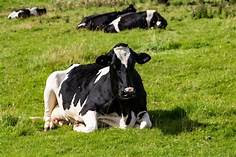 Cows - Farmers claim that these animals can forecast the weather.  According to legend, when cows sense bad weather, they become restless and antsy and begin to swat flies with their tails or lie down in the pasture to save a dry spot.

Bees and Butterflies disappear from the flower beds, you can expect some heavy weather coming your way. The folklore goes that if they’re not in their usual spots, something is up.

Sheep - “When sheep gather in a huddle, tomorrow will have a puddle.”  It's believed that you can expect a storm when these animals crowd together and shield each other.

Ladybugs might be a good predictor of winter vs spring -  “When they swarm, expect a day that’s warm.”  On the other hand, if you notice them looking for shelter, then cold weather is on the way.

And finally, it’s said that squirrels will nest higher up in trees if a rough winter is expected.  Obviously we’re not having a rough winter here as these pesky critters are all over the trees, yard, and my birdfeeder.