This is January.  (Yiyue, Januar, Januari, Gennaio, Ianuarius, Ocak)  January is, in the Northern Hemisphere, considered the second month of WINTER and the COLDEST month of the year.  Temperatures in my part of Texas generally range from 20° to 40°F.

Since January marks the end of the old year and the beginning of the new one, ancient Romans saw it as the bridge or doorway between the past and the future.  Therefore, they called this month after the ancient god Janus, the double-headed god of doors, beginnings, endings, and transitions. 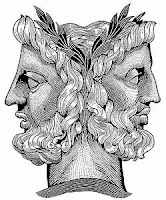 The Anglo-Saxons of ancient Britian called this first month, Wulfmonath, or the month of wolves, to mark the time of the year when cold and starving wolves would scavenge towns and villages for food. 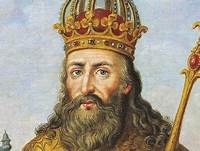 Today is National Bagel Day.  What could be better than a nice hot bagel with your morning coffee. 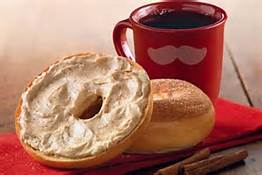 Bagels have a long and highly documented history that travels from the Jewish families of Poland in the 1600s to ready-to-pop-into-your-toaster today.  And, unlike many things created nearly five-hundred years ago, bagels are remarkably unchanged.  Toppings may have evolved over time but a bagel is a constant.

Today, January 15,
at my house,
the air conditioning came on.

Now, while I’m not a fan of 20-degree temperatures, I worry that summer will start on February 1.