the social and cultural activity of sharing stories, sometimes with improvisation, theatrics, or embellishment . . . . .

The Peddler of Swaffham

Once upon a time, a peddler called John Chapman lived in Swaffham, Norfolk.  Now this peddler had a dream that if he went to London Bridge, he would hear news greatly to his advantage.  Only when the dream was repeated the next night and the next, did he act on it, and packing his bag, he and his dog walked to London. 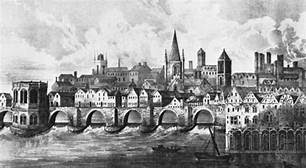 He found his way to London Bridge early one morning and stood there waiting for the promised news.  The hours passed, and eventually a shopkeeper who had been watching him just standing there gave in to his curiosity and walked across and asked if he needed help.

The peddler told him of his dream, and the shopkeeper laughed, saying that if he had believed in dreams he would be in a place called Swaffham, where ever that was, digging up gold under the apple tree of a man called Chapman, but that he didn't believe in dreams and that the peddler should go back home and carry on with his life.

The peddler thanked the man for his advice, and made his way back home.

Upon reaching home, the peddler dug under his apple tree and found a small pot filled with gold coins.  He put the coins away and cleaned the pot, finding a strange inscription.  As he couldn't understand the inscription, he put the pot on his stall and life carried on.

A few weeks later a wandering monk passed the stall and spotted the inscription on the pot.  He asked the peddler if he knew what it said, and when the peddler said no, the monk translated it for him...

'Under me doth lie, another richer far than I'

When the monk had gone, the peddler quickly dug under the apple tree again, much deeper this time, and eventually found a much larger pot again filled with gold.

Soon after, the inhabitants of Swaffham decided to rebuild the church, and were very surprised to find the peddler offering to pay for the north aisle and the tower.

Favorite Folk Tales from Around the World
Edited by Jane Yolen
Truth or Tale?
The Facts 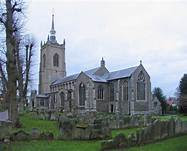 From 1435 to 1474, the rector of St Peter and St Paul, Swaffham, compiled the 'Swaffham Black Book' which is an inventory of all the work done on the church.  The Black Book (still in the Swaffham Church library), lists all those who gave money to the church.  It shows that John Chapman, a local person and church warden, paid for the new north aisle and also gave money to the fund for the church spire in 1462, when the church was rebuilt on the site of an earlier one. He also made many other generous gifts.  Still today, on the ends of the front pew in the north aisle of the church there is a carving of a man with a pack on his back. 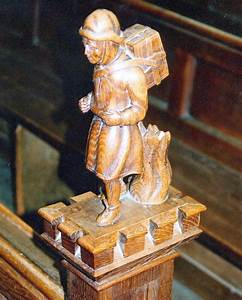