Hot – still, and it seems, for a long time to come


We are still in the grip of summer.  I am tired of summer now.  Of course, it has cooled off some – from 98 to 91 but the evenings are still very warm so it doesn’t feel any less hot.  Plus it’s really humid.  We’ve gotten almost daily rain showers – sometimes just a few minutes of drizzle, sometimes as much as a half inch.  All that does is make it feel hotter.  Ugh.

Although it’s hard to work up any desire to do anything outside, earlier this week I mowed.  I believe I’ve mentioned my feelings about mowing.  However it was mow now or get out the sickle later!  The rain we’ve had, has just encouraged the grass/weeds to grow to make up for the dry months of July and August.  Also, the mosquitoes have awakened and are terrible.  Life in your hands outside, terrible.  Mowing, at least, helps with mosquito control a little.

My friend Bobby has been telling me for a while that he’s been picking up pecans - no, not green ones, he says.  I remarked that perhaps, maybe, possibly he exaggerated the number.  So, he sent me this picture. 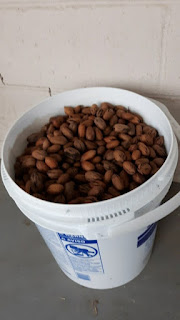 Well, sez I, I also have been picking up pecans and sent a picture in return . . . . 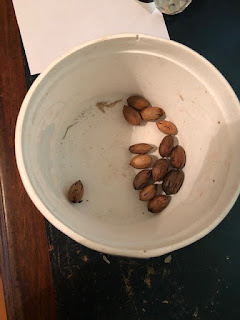 They are starting to fall for real though and hopefully I’ll have enough to share.

Earlier in the week, the 25th, was National Daughters Day.  My oldest daughter posted a beautiful picture of her and her two daughters on Facebook.  I thought to do the same, abet a little late.  However, I found I don’t seem to have a recent picture of my daughters and I.  I found this one 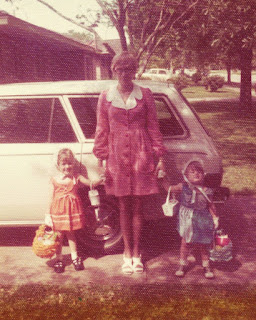 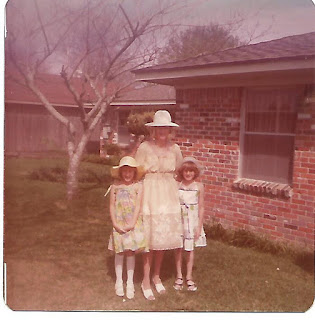 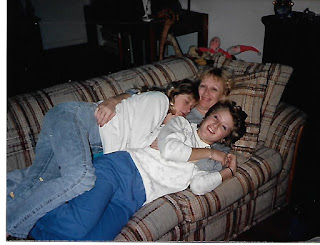 My daughters have both grown into beautiful, amazing women.  I love and miss them both very much, every single day.

The Demon Duo went in this week to be turned into fat, lazy lumps (you know, neutered).  I dropped them off at 730 and picked them up by 230.  When we got home, Daryl was completely awake.  He bounced out of his carrier and off every piece of furniture in the house.  Zack sat quietly for another hour and then he also turned into a wild kitty.  I don’t know what the vet used on them, but both had pupils dilated so big, their eyes looked all black.  And, they were over, on top of, behind, into, attacking EVERYTHING!  At one point, Daryl got his head stuck in a Kleenex box (after he pulled out 70% of the tissues) and he couldn’t get it off.  He banged all over the kitchen and dining room before I could catch him.  Took about 24 hours before whatever they were given to finally wear off and they turned into their normal selves.  Not fat or lazy yet but I do know there’s a light at the tunnels end.

I saw on the weather earlier that it is already snowing in Montana.  One of my granddaughters goes to Univ of Montana.  I’m going to text her and ask her to send some cool down this way.  Otherwise –