Strawberries and Vanilla and Other Stuff


Tonight is the Strawberry Full Moon, so named by the Algonquian speaking natives of North America.  No, the moon won’t look like a strawberry.  This full moon was the sign, that the time was right to harvest wild strawberries. 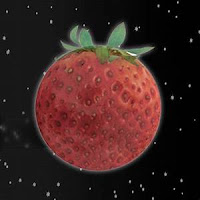 According to scientists, this full moon is just a little more special because if you look just above the moon, you should be able to see Jupiter by using binoculars.  Pretty cool.

The moon has entered into Sagittarius, the sign of knowledge and wisdom.  So, tonight take advantage of the BME (Big Moon Energy), and center yourself, then identify those things important to you; those things not so much.  Write down something you want to rid yourself of and toss the paper into a fire or set alight by candle – an easy way to let go of hurts and angers.

I recently read Susan Wittig Albert’s new book – A Plain Vanilla Murder.  This is the most recent of the China Bayles series.  And I have mixed feelings about it.  Now, normally, I inhale the China Bayles books.  They’re entertaining and full of interesting herbal facts.

“A professor of botany who has a great interest in vanilla has been murdered. The murder at first looks like a suicide, but it soon becomes clear that it is not. His ex-wife is the first suspect, of course. But then it turns out that the professor might have been involved in several shady dealings, perhaps smuggling or taking full credit where it should have been shared.” 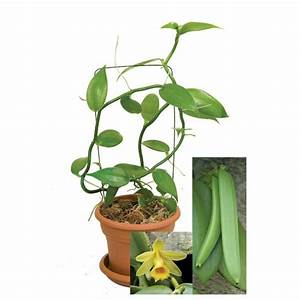 I didn’t enjoy this one as much primarily because of the way it’s written.  Written from the point of view of both China and Sheila Dawson, Pecan Springs Chief of Police, the parts from Sheila’s point of view are all written in present tense – something I find uncomfortable reading.  However, as with all of Ms. Albert's books, it’s well done and the ending is a surprise.  There’s a lot of information about vanilla and the orchid the vanilla pods come from.  Plus there are all sorts of vanilla recipes.  So, I give it 4.689 out of 5 stars.  (Normally I’d give the China Bayles books a 6+ out of 5 stars.)

Another series of books I’ve recently read (and they are good “summer” reading as they are light, interesting, easy reads) are the Mary Kay Andrews (aka Kathy Hogan Trocheck), Callahan Garrity Books.

This is a series that consists of 8 books.  Callahan Garrity is an ex Atlanta cop, now private investigator and owner of The House Mouse, a cleaning service.  Callahan finds herself involved in a number of murders and mysteries throughout the book series.  And, from her mother, Edna Mae to octogenarians Baby and Sister to white trash queen Neva Jean McComb, all the characters are funny, interesting, and eager to help Callahan in all her endeavors.  One of the reasons I like the primary character, Callahan, is that she’s not a gorgeous, shapely, 20-something but instead, she’s a middle-aged, out spoken woman.  (I do find all the buff, beautiful, bountiful, bombshells tiresome after a while.) 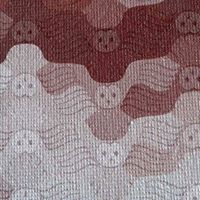