I woke up at 6am today and heard the sirens call.

Actually, I’ve been hearing it for a month or more but the days seem to have gotten away from me.  Today, I heard it and was walking out the door by 8am.  The beach closest to me is Matagorda – about 40-odd miles south.

Brief history lesson - Matagorda was established in 1827 when Stephen F. Austin obtained permission from Mexico to build a town for a group of 52 families.  By 1832 there were over 1400 residents.  It’s the third oldest town in Texas.  And, it’s the place where the Colorado River meets the Gulf of Mexico.

There are about 60 miles of beach there. The 20-odd miles east of the river is open to vehicles.   The beach west of the river is only accessible by boat, kayak, canoe or other watercraft.  And, in case you're one of  those beach treasure hunters,  the west beach has the best beachcombing because it’s isolated from the heavier traffic.

Matagorda is a fisherman’s’ paradise.  Plus it has nice beaches that are not so crowded you trip over others just getting to the water.

Being the water sign that I am, I miss the sea breezes, the sound of the water, the cries of the birds, the sand, and the gulf itself.  I was there before 9am. 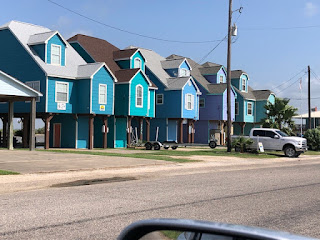 You can always tell when you’re at the beach
the houses are bright colors! 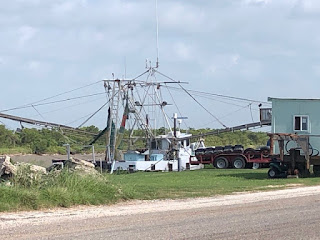 And, people have boats parked in front.

They have one of the nicest parks there complete with a covered pavilion, picnic tables, bbq pits, showers, bathrooms and plenty of free parking.  There is a sandy trail that leads down through the sand dunes to the actual beach. 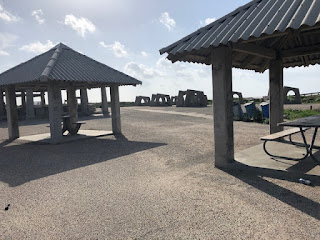 I got out of the car and was almost immediately knocked over by the 25mph wind.  Still, left my hat in the car, made sure I was covered with sunscreen, and I headed for the path. 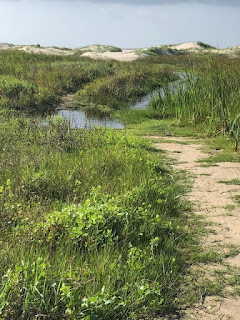 Which was flooded, so I turned around to the jetty pier and crossed over that way. 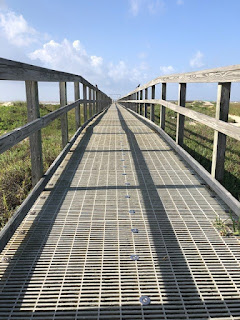 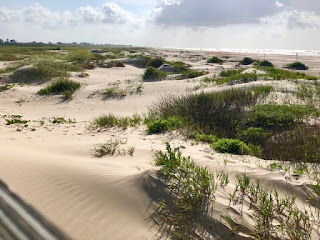 This is a really long bridge and is usually full of fisher folk but I guess the wind today discouraged most.  At the end of the bridge, there is a steep set of stairs that takes you to the jetty 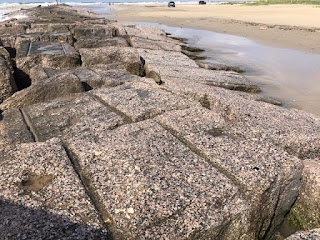 where you hop from rock to rock until you can get to the beach.  Hop carefully because these rocks are covered with algae and water (yes, I did slip at one point but thank all the gods, didn’t actually fall which would have been ugly!).

Then, I walked along the beach.  Spoke with all the water gods.  Let all stress float away.  And, generally soaked up as much “beach” as possible.  The water was rough today and the tides high so no beach treasures.  Still, just being near to the gulf was enough. 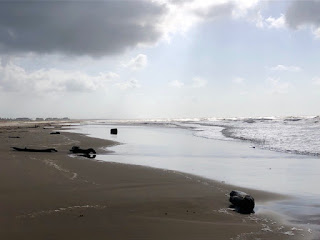 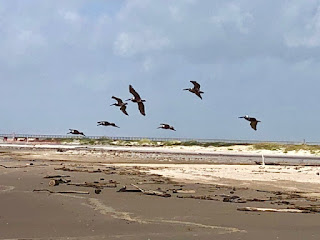 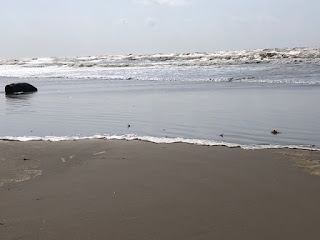 And, then I came home