Feet, Fats, Hogs and Other Things


OK, I’ve been very quiet the past many days – unheard from by most.  Well, my excuse is that

I injured my foot and the fix is to stay off it (let-me-tell-you, much easier said than done).

Then too, I checked three really good books out from the library and have been curled in my chair, reading (and resting said foot).

And, yes, I could sit at my desk (resting said foot) and write and I had all sorts of good intentions (we all know about those and the road to hell) but just didn’t ever seem to get around to doing just that.

As for said foot, better some days than others.  I am officially ready for the magic wand and enchanted words

and be done with it.

Recently I wrote a piece on soap making.  And, I mentioned that I generally use Lard as the “fats” part in my soap making.  It’s readily available in a handy tub, inexpensive, and makes a very nice white, sudsy, bar of soap.  I also commented that in the way past (like the 1600’s), the fat of choice was Tallow (beef and mutton fats) and that’s just not available at the local grocery store.  Not true, as I recently discovered. 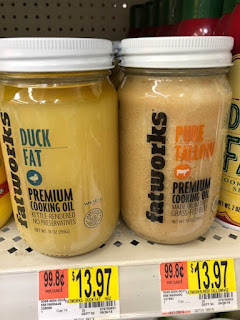 A bit expensive (just enough of the fats would be upwards of $100) but for any purists out there – Tallow is available.  Just an odd piece of somewhat useless information.

Yesterday was Groundhog Day.  Everyone knows that’s the day celebrated in the Northeast to determine when winter will be over.  According to Punxsutawney Phil, who lives in Punxsutawney, PA, he did not see his own shadow and is therefore predicting an early spring.  I’m sure those that live in the frigid, cold, snowy, icy northlands, all had crossed fingers and toes and hoped for a cloudy day.

So, here’s a bit of (maybe, useless) information (but interesting, non the less) 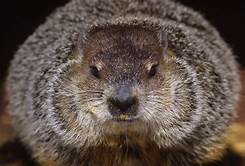 “Groundhog Day has its roots in the ancient Christian tradition of Candlemas, when clergy would bless and distribute candles needed for winter. The candles represented how long and cold the winter would be. Germans expanded on this concept by selecting an animal–the hedgehog–as a means of predicting weather. Once they came to America, German settlers in Pennsylvania continued the tradition, although they switched from hedgehogs to groundhogs, which were plentiful.”

I think hedgehogs are very cute.  I wish we had them here. 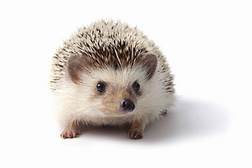 However, I’m not overly familiar with groundhogs – prairie dogs, yes – groundhogs not so much.  So, Did You Know? that

Groundhogs are also called woodchucks or whistle pigs (and how cute is that!).  They eat vegetables and fruits, whistle when they’re frightened or looking for a mate and can climb trees and swim.

“In 1887, a newspaper editor belonging to a group of groundhog hunters from Punxsutawney called the Punxsutawney Groundhog Club declared that Phil, the Punxsutawney groundhog, was America’s only true weather-forecasting groundhog. The line of groundhogs that have since been known as Phil might be America’s most famous groundhogs, but other towns across North America now have their own weather-predicting rodents, from Birmingham Bill to Staten Island Chuck to Shubenacadie Sam in Canada.”

Interesting, yea? no? sort of?  Well, I think it’s interesting.

This just made me wonder – does Texas have a weather predicting animal? 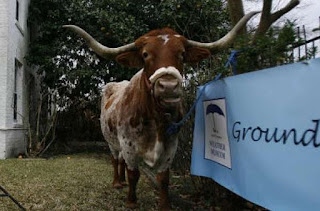 “Alamo, the longhorn, made his weather prediction on Groundhog Day at the John C. Freeman Weather Museum. Alamo, substituting for a groundhog, predicts an early spring.”
Well, we haven’t had any bad winter – don’t tempt the fates, Pamela, an early spring? Ok, that’s fine as long as summer holds out until, oh, July would be good.

And, if you live in someplace where there are no groundhogs or longhorns, you might watch – 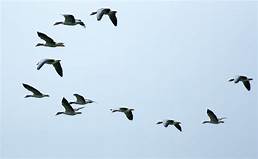 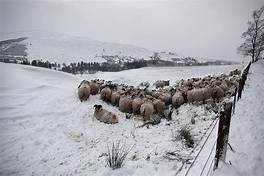 The saying goes “When sheep gather in a huddle, tomorrow will have a puddle.” It’s believed that when sheep are crowding together and shielding each other, a storm is on the way. 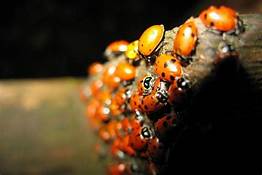 There are a number of old proverbs concerning the ladybug’s usefulness in forecasting the weather. One such saying goes “When ladybugs swarm, expect a day that’s warm.” On the flip-side, if you see them seeking shelter, cold weather is on the way.

You just never know what unusual facts I have to share!