A Tale to Tell


So, my early morning plan for today was – yes – more yard work; more weeding, more weed digging, perhaps a little mowing.  However when I went out those plans had to be shelved.  Ugh, rain – rained last night and now outside was drizzly and drippy and wet and overcast and chilly and breezy and humid.  Ick.  OK, no yard work.

The Ghost at Fielkinge
Swedish folktale 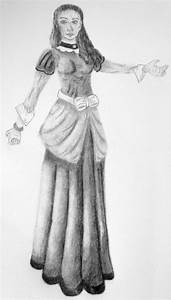 During the first half of the eighteenth century, several large estates in Schonen were the property of the family of Barnekow, or rather, of its most distinguished representative at that time, Margaret Barnekow, daughter of the famous captain and governor-general Count Rutger of Aschenberg, and the wife of Colonel Kjell Kristofer Barnekow. A widow at twenty-nine, she herself took over the management of her large properties, and gave therein evidence of invincible courage, an inexhaustible capacity for work, and a tireless solicitude for all her many dependents and servitors.

While traveling about her estates, Madame Margaret one evening came to the tavern in Fjelkinge, and was quartered for the night in a room that had the name of being haunted. Some years before a traveler had lain in the same room and presumably had been murdered: at any rate the man himself and all his belongings had disappeared without leaving a trace, and the mystery had never been explained. Since that time the room had been haunted, and those who knew about it preferred to travel a post-station further in the dark, rather than pass the night in the room in question. But Margaret Barnekow did not do so. She had already shown greater courage in greater contingencies, and chose this particular room to sleep in without any fear.

She let the lamp burn and fell asleep, after she had said her evening prayer. On the stroke of twelve she awoke, just as some planks were raised in the floor; and up rose a bleeding phantom whose head, split wide open, hung down on his shoulder.

"Noble lady," whispered the specter, "prepare a grave in consecrated earth for a murdered man, and deliver his murderer to the judgment which is his due!"

God-fearing and unafraid, Madame Margaret beckoned the phantom nearer, and he told her he had already addressed the same prayer to various other people; but that none had had the courage to grant it. Then Madame Margaret drew a gold ring from her finger, laid it on the gaping wound, and tied up the head of the murdered man with her kerchief. With a glance of unspeakable gratitude he told her the murderer's name, and disappeared beneath the floor without a sound.

The following morning Madame Margaret sent for the sheriff of the district to come to the tavern with some of his people, informed him of what had happened to her during the night, and ordered those present to tear up the floor. And there they found, buried in the earth, the remains of a body and, in a wound in its head, the Countess's ring, and tied about its head, her kerchief. One of the bystanders grew pale at the sight, and fell senseless to the ground. When he came to his senses, he confessed that he had murdered the traveler and robbed him of his belongings. He was condemned to death for his crime, and the body of the murdered man was buried in the village church-yard.

The ring, of peculiar shape, and its setting bearing a large gray stone, is still preserved in the Barnekow family, and magic virtues in cases of sickness, fire and other misfortunes are ascribed to it. And when one of the Barnekows dies, it is said that a red spot, like a drop of blood, appears on the stone.

Fearless Girls, Wise Women & Beloved Sisters
Heroines in Folktales from Around the World
collected by Kathleen Ragan
“Dismayed by the predominance of male protagonists and heroes in her daughters’ books, Kathleen Ragan set out to collect the stories of our forgotten heroines:  courageous mothers, clever young girls, and warrior women who save villages from monsters, rule wisely over kingdoms, outwit judges, kings, and tigers.” 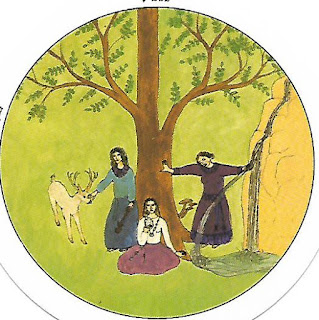