Like most of us, I have a morning ritual that includes feeding Morgan, putting away the dishes from the day before, fixing coffee and sitting at my computer to check the weather (pleeeaaasse let there be rain), and look through the news feed.  Today when I checked the weather, I saw this – 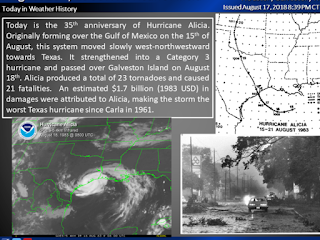 I remember this day and the days after.

A little history - In early 1960, my parents built a beach house in Sea Isle, a small subdivision on the west end of Galveston Island.  Sea Isle is about 16 miles from Galveston proper, past the seawall and out FM 3006 west toward the pass. 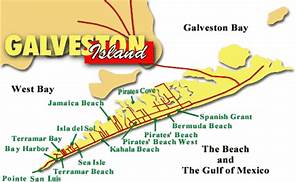 Hurricane Alicia was a small but powerful storm that popped up in the Gulf and came ashore near Sea Isle (Galveston,TX) three days later.  It was a Category 3 hurricane, with winds of 100 mph and gusts up to 127 mph.  It threw off many dozens of tornados.  The only good thing about Alicia – it was a fast-moving storm and while Houston received 11 inches of rain, there was limited flooding.  At our house in Houston, we had minimal damage.

So, just a few facts.  Alicia was
(1) the third tropical cyclone, first named storm, and the only major hurricane of the very inactive 1983 Atlantic hurricane season;
(2) it caused $3 billion (1983 USD) in damage;
(3) it was the first billion-dollar tropical cyclone in Texas history
(4) the west end lost 150 feet of sand to the storm;
(5) it was considered the worst Texas hurricane since Hurricane Carla in 1961;
(6) it shattered hundreds of skyscrapers windows in downtown Houston
(7) of all the flood insurance claims filed through The Federal Insurance Agency (over 1500), only 782 received payment.

We had enough warning to go down to the house and help close it up just prior to the storm.  “Hunker down and hold on” my father told the house as we left to get back to the city.  It was three days after the storm passed before we could get back down to the island. 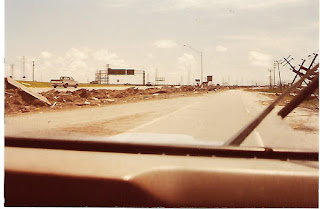 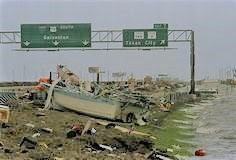 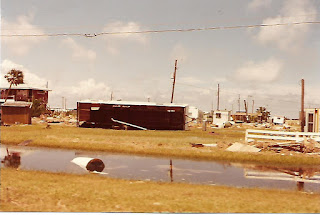 The remains of a very pretty trailer park on FM 3006 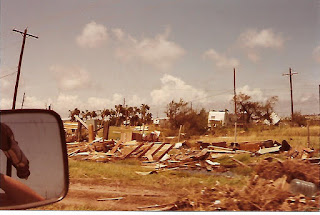 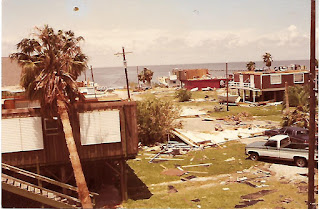 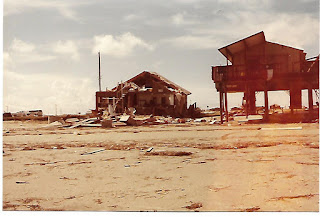 We were lucky – lost only a portion of the roof unlike our next-door neighbors.  They lost most of the roof and 2 outside walls of their house.  Some of the houses had no damage at all, some were nothing but splinters of wood.  FYI – all of the houses were built on 12-15 foot pilings.  Some were knocked off and some were not.  Several houses on the beach lost 8 or more feet of sand from under the cement pad upon which sat the house on its 12 foot pilings.  That was the scariest thing I saw.

Due to the severe damage, the name "Alicia" was retired in the spring of 1984 by the World Meteorological Organization, and will never be used again for an Atlantic hurricane. 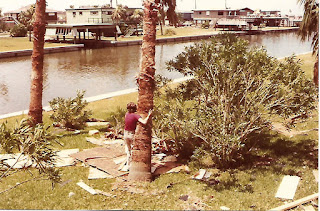 My sister went around and hugged all the trees that were still upright after the storm.  Everything needs encouragement.