OMG – the holidays are going to be upon us day after tomorrow – well, maybe not quite that soon but, SOON.

As it happens, I am ready and done!  I mailed off the last few gifts to my daughter in New Mexico last week and will mail off the ones to my son in Virginia next week.  The rest will be hand delivered in December.

And, I have shelled the last pecan I plan to shell.  Every year I send bags of shelled pecans to friends and family.  So far I’ve done eight 1-gallon bags.  Done and done.

We did actually have some very chilly weather last week.  One night below freezing which is weird for us.  I was glad for all my previous work to close in the shed and move in plants.  I did get all but one plumeria dug up and moved inside.  I don’t think I can get this one out of the ground this year.  It’s over 6ft tall.  So, I cut of a branch for rooting purposes and told it to “hunker down and hold on”.  We’ll see what happens. 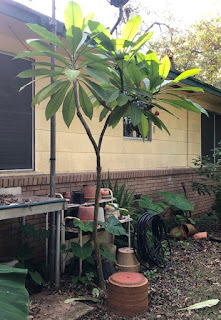 My Buddha Belly (aka Jatropha podagrica, Gout Plant, Bottleplant Shrub, Goutystalk, Nettlespurge) has put up another flower.  Surprised me.  This little guy is a natural bonsai, is drought tolerant but not cold hardy.  It grows best in filtered sun outdoors, and bright light indoors.  it has medicinal uses - the roots are antimicrobial, antibacterial and antifungal.  It’s used for reduction of swelling, pain relief and to detoxify snakebites, and here it is used to tan leather and produce a red dye.  And, it’s different looking. 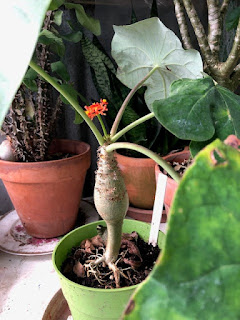 I think the pecan falling time is about over here.  I had another episode of strangers picking up pecans in my front yard.  ?????????????  I do not understand some people.  Honestly, how would they like it if I followed them home and pick a few flowers or plants out of their yard.  Ok, in with the good air; out with the bad.

Today is Election Day.  If there is something to vote on in your area, get out and vote. 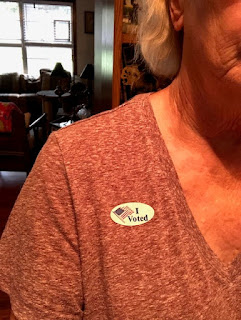 1789 – After the Revolutionary War, the right to elect a leader was established when George Washington was elected first President of the United States.

1820 - Eligible voters were mostly white males who owned property. A small number of free black men were allowed to vote but no women either white or black.

1920 - On August 18, Congress passes the 19th Amendment to the Constitution giving women the right to vote.

All that said, a lot of people died, fought, went to jail to give us this right.  So, go vote!

We are in a warm spate right now – mid 80’s.  The yard, however, looks like November.  Lots of dead leaves everywhere.  Not much is happening in the yard right now.  The Philippine Violets are blooming. 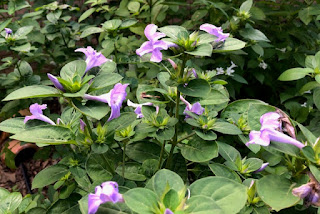 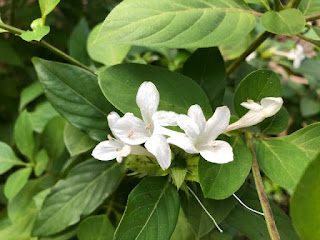 As well as the Senna.  But not much else. 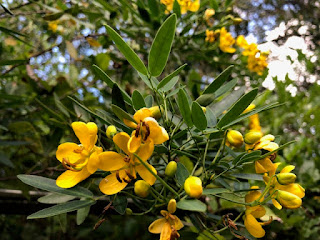 My next big yard project is this – 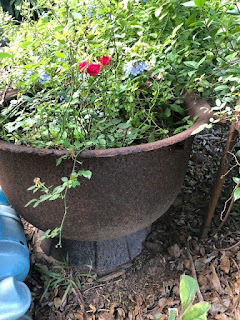 The cauldron is planted with dwarf roses and it’s been totally over grown by the Plumbago.  So, I have to move it, which is a major pain in the patootie, but must be done.  The roses need to be rescued, fertilized, and given a chance to be roses again.