Packrats, Magpies, and Collectors of Oddities


You know, my sister and I are estate sale attendees.  It is always an interesting day trip to (1) find the actual location (some have been lost in the wilds of the country – sometimes Siri is lost also) and (2) see what others acquire (somethings are a little weirder than others) and (3) wonder at the pricing (who sets the price – owner or agent - and based on what?).  My general feeling about estate sales is that they are glorified garage sales – usually held in the home of the owner who is severely downsizing or deceased.  But mostly, it seems the purveyors of estate sales seem to think of them more as a movable
Curio Shoppe
and price accordingly. 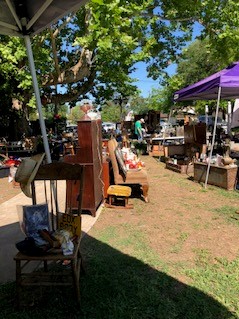 One of the more unique ones we visited was this – more a permanent flea market – an expensive flea market BUT, it was 60% off day.  Oh goodie 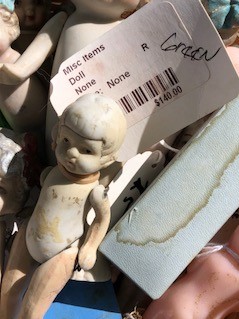 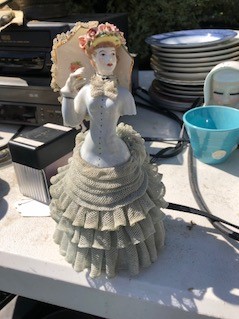 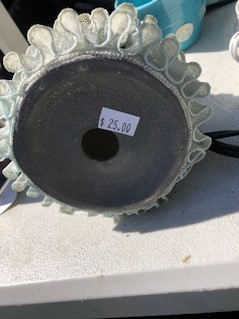 Do you see why I wonder about people sometimes?

OK, yes, I’m a bit of a packrat, magpie, collector of oddities myself.  BUT – I really try to keep the “I neeeeed that” urge under control.  And, my stuff is not odd – not completely odd – not everything in the house odd. 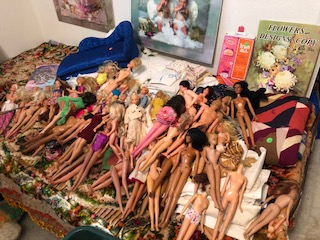 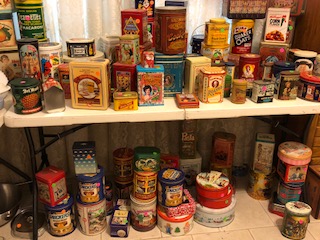 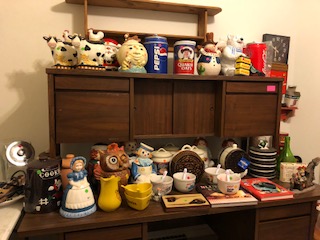 Just a quick note – the tins and cookie jars came from the same sale which was held in a smallish garden-type home.  Smallish dining room – smallish kitchen.  I couldn’t figure out how they were displayed without every surface in either or both rooms covered. 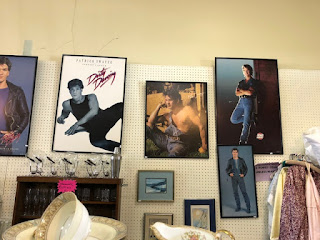 Clothes generally do not catch my attention at all, however I think this woman must have had a closet the size of my house!  Evening gowns and fur jackets covered the walls and there was a good-sized hanging rack of other clothing items. 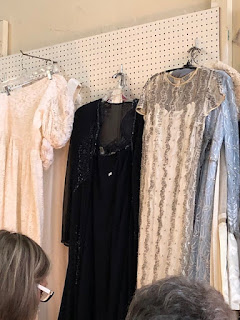 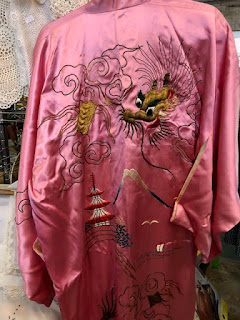 OK – yes odd but I like this!  Except it’s pink and slippery and pink. 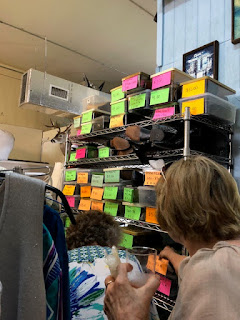 This rack was stuffed with shoes – stuffed full.  How can one person wear so many pairs of shoes.  And, while it wasn’t quite a fist fight, it was a mob scene – for used shoes.  Designer name shoes but still, used shoes. 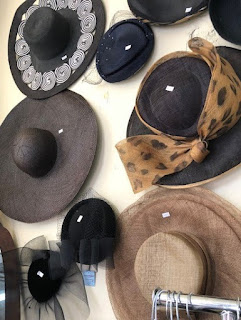 OK – I like hats but where in the world do you keep so many. 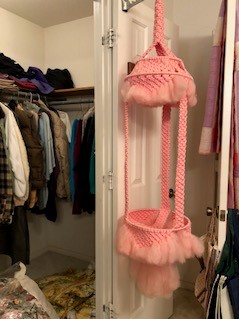 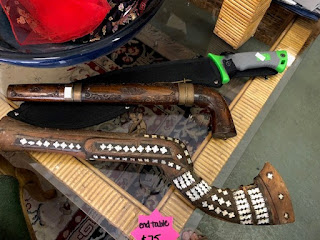 Two blunderbuss handguns –
Did You Know
A blunderbuss in handgun form was called a dragon.  The soldiers that carried them were called Dragoons.  Useless info fact. 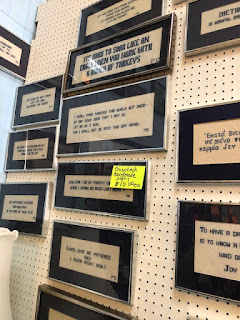 A wall of cross stitched signs, many of which said the same things – nicely framed.  Don’t know where I’d have hung so many signs.

Now, no matter how it may sound, I’m not being critical (well, maybe of the naked Barbies and Kens - that is so weird), I just have to wonder at people.  I think I’d like to see these things in situ before the agents rearrange everything.  For instance, was there really only one or two signs out and the owner changed them monthly depending on her frame of mind?  Did the cookie jar collector think – these will be my old age pension and kept them boxed up in the attic.  Were some of these things loving gifts from a grandchild?  A bingo or door prize?  Who knows.  They were special to the original owner and special to the new owner.