You know that I just got home from a visit to Albuquerque to see my family there.  I really like Albuquerque and here are just a few Did You Know’s to tuck away in the useless information file –

1. Albuquerque was named in honor of Francisco Fernández de la Cueva, 10th Duke of Alburquerque who was Viceroy of New Spain from 1702 to 1711.


2. It celebrated it’s tricentennial in 2006.
3. It is surrounded by the Sandia Mountains.  "Sandía" is Spanish for "watermelon", and is popularly believed to be a reference to the brilliant coloration of the mountains at sunset: bright pink (melon meat) and green (melon rind).
4. Albuquerque sits at an altitude of 5352 feet (that’s over a mile up).  For a flat-lander, like me, the air is thin – I’m used to breathing water here.
5. It’s dry there – like the average humidity ranges from 20%-40% (Here – average humidity starts in the 70% and goes up from there.) 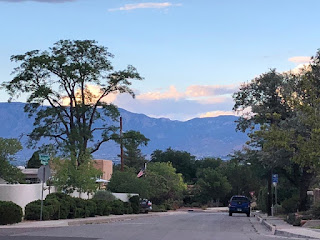 They actually have four seasons there (yes, yes, we do also although here 3 of the 4 include the word ‘summer’).  The city is large but not mega-too-big-to-imagine-or-get-around-in-easily (like, say Houston).  There are a large number of things to do there.  Very cool shops and good restaurants.

In addition to some of the things I’ve already mentioned, while there, we ---

Went to the Da Vinci Exhibition.  Interesting – the man was a genius.  All the art displayed were copies – hmmm a little disappointing.  And there was a display of some of his machines. 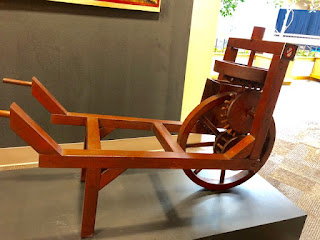 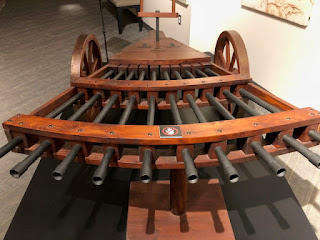 Not quite the same as a modern machine gun, Da Vinci’s ’33-barreled-organ’ allowed a set of 11 muskets to fire one after another, rotating to allow the barrels to cool off.

For those Breaking Bad fans, one morning we went to Loyola’s for breakfast. 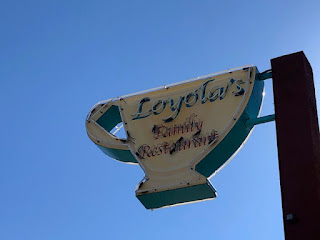 We went to the Growers Market – a big expanded farmer’s market.  I want one of those here!  In addition to locally grown vegetables, they had fruit, eggs, meats, cheeses, flowers, plants, artists and crafters and other stuff. 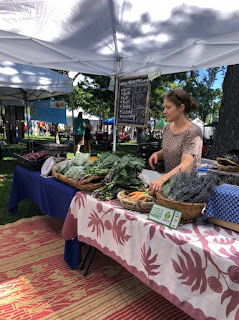 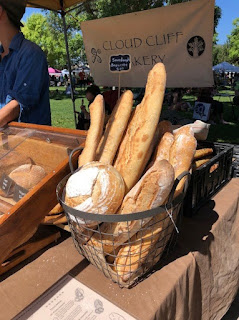 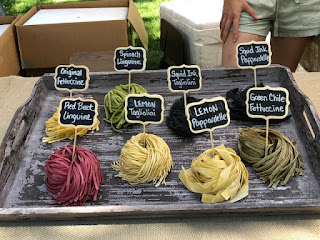 They also had this guy – he does Goose Tarot.  I didn’t have a chance to investigate further but next visit I will! 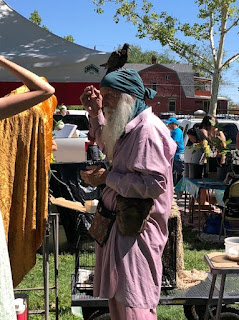 The next day we went to The Rail Yards, to another farmer’s market.  It’s held in the historic buildings that once was home to the Atchison, Topeka, and Santa Fe Rail Yards.  While not as big a market as the Grower’s, it was still an interesting place. 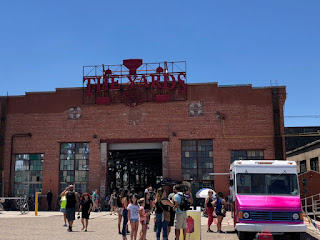 On the way to the Da Vinci Exhibition, the girls and I stopped for a donut at the most unusual donut shop I’ve ever been in.  The Spur Line Supply Company (goods for good living).  And, the donuts were really, really good! 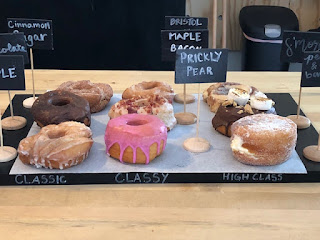 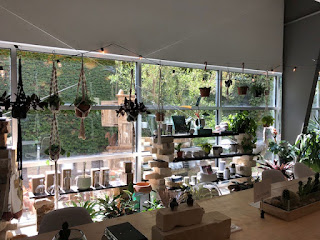 We went to the Old Town Gazebo to listen to an open-air concert by Ambush Brass. 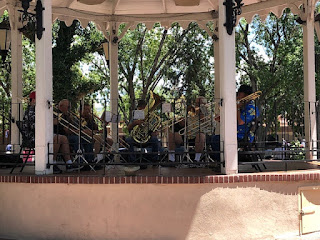 And, we went to Los Problanos, where they have 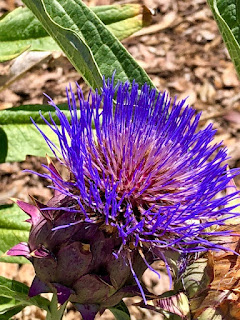 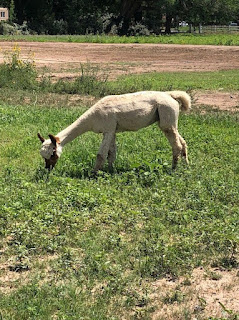 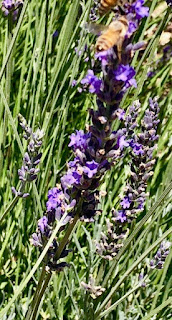 Lavender
Well – it is a Lavender Farm 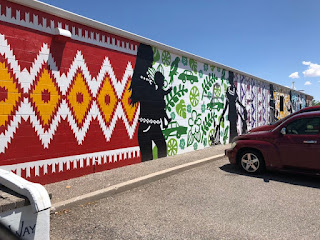