Yesterday was such a wonderful day!  It included especially good company, adventuring (hey! driving to and from the wilds of downtown Houston is an adventure), beautiful music, talented and amazing athletes, a tragic story, and good food.  What more could you ask for. 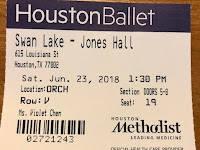 My friend Catherine received two tickets for the Houston Ballet’s “Swan Lake”.  Did I want to go?  Yes!  Beyond a Doubt!  Absolutely!  You Betcha!  Yep, Yep, Yep!  Would I mind driving?  No Problem!  Okay Dokay!  I will be Happy to!  Yep, Yep, Yep!

So, I picked her up a little after noon yesterday and we, with Siri navigating, headed for the wilds of Big H.  You know, people in the city are totally crazy drivers.  You forget what driving in the city is like – at least I do.  It’s Demented (crazy; insane; mad).  Plus, the “powers-that-be” have changed up all the freeways since I lived there, so getting to Jones Hall was interesting.  Equally interesting was figuring out the where’s of the parking.  Wasn’t too bad – only took three trips around the various blocks. 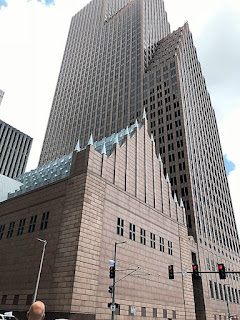 Once parked, it was a bit of a hike to get to the ‘up’ stairs to street level.  I did write down the location of the car or gods know, I’d probably still be looking for it! 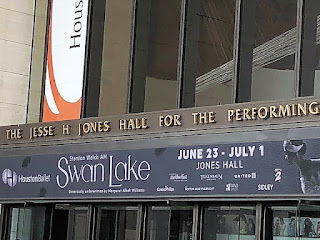 We went in, found our seats and ……. lo and behold, people were sitting in them.  After a moment or two of discussion Catherine discovered we were there on the wrong day – tickets were for Sunday.  Well poop!

Back to the ticket booth.  Explanations.  No problem.  New tickets.  Good seats!  Great. 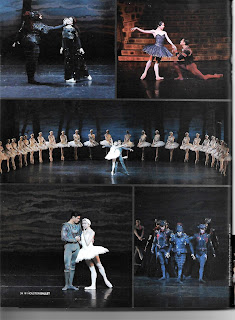 "Swan Lake", written by Pyotr Ilyich Tchaikovsky in 1875, is a love story that mixes magic, tragedy, and romance into four acts. It features Prince Siegfried and a lovely swan princess named Odette. Under the spell of a sorcerer, Odette spends her days as a swan swimming on a lake of tears and her nights in her beautiful human form.  The couple quickly falls in love. But, things are not easy and the sorcerer, Von Rothbart, has more tricks to play. He brings Odile, his daughter, into the picture. Confusion, betrayal, forgiveness, and a tragic ending are capped with Siegfried and Odette jumping into the lake and drowning.  Von Rothbart’s spell is broken and the remaining swans turn back into humans. They quickly drive the sorcerer and Odile into the water where they too drown.

OK, so all I can tell you is that everything was beautiful – the music, the costumes, the stage sets.  The dancers were amazing.  Honestly, those young people have muscles in places where I don’t even have places, much less muscles.  Von Rothbart does this beautiful, amazing (yes, I know, using this word a lot but ...), perfect swan dive into the void from a platform that appears to be some 6 feet up.  Odette does many perfect pirouettes.  The Prince did stunning leaps and carried Odette/Odile around like she weighed only ounces.  The whole thing was very good. 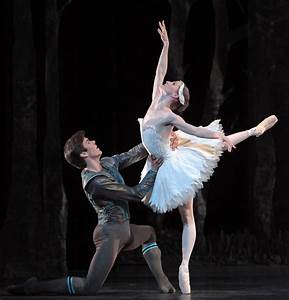 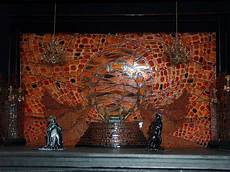 Then, of course, came the big challenge.  We had to (1) get out of Jones Hall (us plus 3 or 4 hundred thousand other people – well that might be a slight exaggeration); (2) find the car park; (3) go down into the bowels of said car park (us plus those same 3 or 4 hundred thousand other people); and (4) actually find the car.  That accomplished, we had to drive back into the light and air.  That took, oh maybe, an hour – perhaps 2 hours of sitting and waiting for someone to move somewhere (I don’t much like sitting under ground with a building on top of me).  Then, we had to figure out where we were in the light and air (turn on Siri again) and head for points south and west.

Once we reached Rosenberg, we stopped for dinner, which was very good.  Again, excellent company made it even better.  And then, I headed for home. 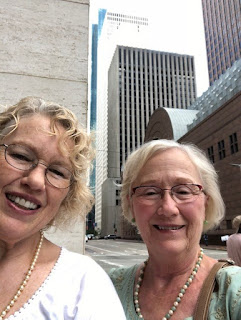