Oh the weather outside is frightful …. 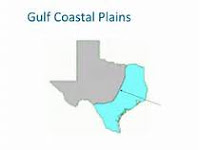 OK – I live in Wharton which is on the Gulf Coastal Plains.  Where the weather is truly unpredictable.  We had a tornado in February.  A dry spring and summer.  A hurricane and the GREAT FLOOD OF 2017 in September.  But mostly, it’s hot.  Hot and humid and hot.  Earlier this week it was in the 80’s and hot.  I had to mow less than a week ago because it’s been unseasonably hot. 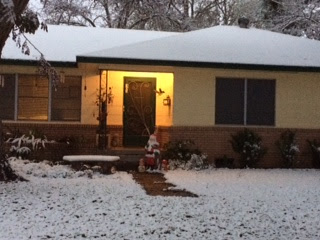 In my life time of living in Houston, Galveston, Wharton, I have seen snow – like real snow that stuck to the ground – maybe 4 or 5 times.  (Yeah, yeah the occasional flurry that melted as it hit the ground but that doesn’t count.)  One year it snowed on Christmas Eve (and that was pretty cool) but usually it happens in January/early February.   And, NEVER have I seen snow in early December!

Morgan has refused to go outside. 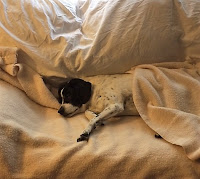 Actually, I don’t blame her too much. It is pretty – as long as I am inside looking out.  Though, I may put on my boots and walk around the neighborhood shortly - maybe, maybe not. 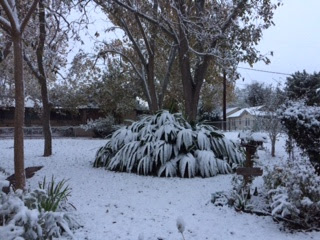 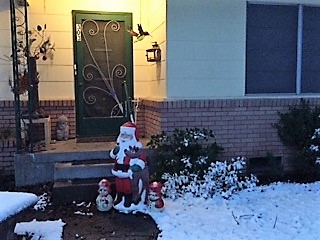